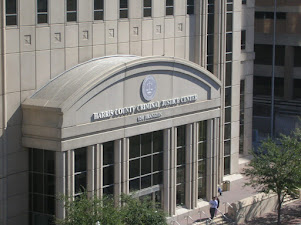 Arrested?  Contact Houston Sexual Assault Defense Attorney James Sullivan at (281) 546-6428.
These cases seem to be more and more common. A 23 year old male name "John" goes to a friend's house party and meets an attractive, willing woman who says she is 18 years of age. They have consensual sex in one of the bedrooms. Several days later, he learns that she is really 14 years of age and that her mother found out about it and called the police.
John now faces serious sex offense charges. There are several important legal issues to consider:
With these types of sexual offenses, there are many other legal issues involved. If a person is charged with sexual assault of a child, possession of child pornography or any type of sex offense, it is important to retain a criminal defense attorney who is experienced defending Texas sex offenses.
James Sullivan and Associates are Houston Criminal Defense and Houston Juvenile Defense Attorneys with over 40 combined years of defense experience.  James Sullivan is also board certified in Juvenile Law by the Texas Board of Legal Specialization.  Juvenile Law is different than criminal law. Note: Among the more than 83,000 active lawyers in Texas, there are only 38 lawyers Board Certified in Juvenile Law in private practice.
Contact James Sullivan and Associates at (281) 546-6428 for a free confidential consultation.

Houston Sex Crimes Attorney James Sullivan Fights Cases at the Grand Jury Level
Houston Sexual Assault Defense Lawyer James Sullivan has been very successful in getting Sexual Assault of a Child cases No Billed (dismissed) by the Grand Jury.  In just the past three years, Sullivan has fought these cases and prevailed in 5 such cases in Harris County as detailed below.  When a case is No Billed by the Grand Jury, the accused has the right to immediately seek an expunction of his criminal record.  Because prosecutors generally seek to present the case to the Grand Jury between the first and setting court setting, it is extremely important to hire a defense attorney right away.  Unless a defense attorney requests that the prosecutor hold the case from the Grand Jury in order to prepare a defense packet, the prosecutor will seek an indictment from the Grand Jury.
Once an accused is indicted, this option is no longer available.  If found guilty by a jury or if placed on deferred adjudication probation for this type of offense, the accused would be required to register as a sex offender for life.  Time is of the essence in retaining a knowledgeable Houston sexual assault defense attorney.