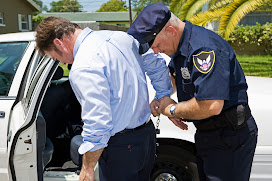 The Woodlands, Texas Criminal Attorney James Sullivan has a proven record in getting felony cases no billed (dismissed) by the Grand Jury.  When a person is accused of a felony offense, there may be the possibility of his defense attorney winning his felony case at the Grand Jury level.  Depending on the facts and circumstances of the case, this may or may not be a viable option, so it is important to talk to an experienced criminal defense attorney.  With this strategy, the accused in effect has two opportunities to win his case before a jury
:

(1)    Grand Jury and, if indicted,
(2)    Jury Trial
If the Grand Jury votes that probable cause (i.e. a probability) does not exist to believe that the accused committed the offense, the case is no billed (dismissed). If the Grand Jury votes that probable cause does exist, then the case is true billed (indicted). If a case is indicted, then the accused may have to have a Jury Trial in order to get the best result. A Jury Trial is more expensive and involves much more time and legal work.
Contact Montgomery County Criminal Lawyer James Sullivan at (281) 546-6428 to discuss your case.
Because prosecutors in Montgomery county generally seek to present felony cases to the Grand Jury prior to the first court setting or even prior to an arrest, it is extremely important to hire a defense attorney as soon as you know you are under investigation for a felony offense.  Unless a defense attorney requests that the prosecutor hold the case from the Grand Jury in order to prepare a defense packet, the prosecutor will seek an indictment from the Grand Jury.  If that happens, you may have to pay much more for a jury trial to fight your case.
Recently, in Montgomery County, a man was being investigated for sexual abuse against his teenage nephew.  The man hired James Sullivan who immediately contacted the DA's office in Conroe and asked that the case be held from the Grand Jury. Two months later, based upon the defense packet James Sullivan prepared, the Grand Jury no billed the case. The prosecutor assigned to the case remarked that that was the first time a defense attorney intervened on one of her cases and got it no billed.  The client was so grateful he posted this review on the AVVO website:
Once an accused is indicted, this option is no longer available.  Therefore, time is of the essence in retaining an experienced defense attorney.
Since 1994, Montgomery County Criminal Lawyer James Sullivan has worked to get dozens of felony cases no billed by the Grand Jury.  These felony cases include Sexual Assault of a Child, Attempted Murder, Aggravated Robbery, Aggravated Sexual Assault of a Child, Aggravated Assault, Assault Family Member by Impeding Breathing (choking), Forgery, Evading Arrest by Motor Vehicle and Burglary of a Habitation.  The graph below lists 22 of those felony cases that were no billed since November 2008.
Attorney James Sullivan is an experienced Montgomery County Criminal Defense Attorney serving Greater Houston and Texas since 1994.
Contact James Sullivan and Associates at (281) 546-6428 for a free confidential consultation.
Posted by Jim Sullivan at 10:34 AM