Juveniles Charged with Sex Offenses in Houston Are on the Rise 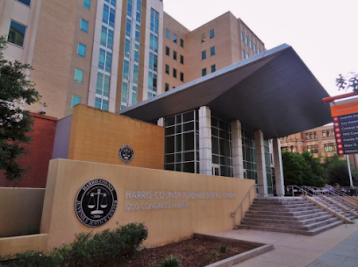 Houston Juvenile Lawyer James Sullivan is Board Certified in Juvenile Law and frequently represents juveniles accused with committing sex offenses. Attorney James Sullivan also represents adults and juveniles when they are being investigated by CPS (Children's Protective Services).
Houston Juvenile Attorney James Sullivan has success in both representing juveniles in court and in indirectly persuading authorities not to file charges against the adult or juvenile suspect.  James Sullivan represents juveniles and adults accused of sex offenses and other offenses in Harris and the surrounding counties.
Juvenile sex offenses are serious offenses.  The consequences can be extremely serious.  A convicted juvenile sex offender could be made to register as a public sex offender until age 28.  The convicted juvenile could be facing years of confinement as a juvenile and possibly even later as an adult under the Determinate Sentencing laws.  If old enough and the allegations serious enough, the State could even seek certification of the juvenile to be charged as an adult and transfer proceedings to criminal district court.
If you need a Houston Juvenile Lawyer, call Attorney James Sullivan at (281) 546-6428.
_____________
According to an article by Cindy Horswell printed in the April 21, 2012 edition of the Houston Chronicle (see below), juvenile sex offenses are on the rise--
HOUSTON CHRONICLE
Sex crimes by juvenile offenders on the rise
In Harris County, those offenses are up 17%, while others are rapidly declining
By Cindy Horswell
Last fall, a Houston mother grew perplexed as to why her 8-year-old son was constantly crying and having trouble sleeping.
Then she received a phone call from a Houston policeman, who informed her that a surveillance camera had captured her son being sexually assaulted by two 10-year-old classmates on the school bus. The two older boys are set for a hearing on the assault in May.
Two more boys, ages 10 and 11, also are awaiting trial on accusations that they sexually assaulted an 8-year-old boy at a shelter for immigrant children in north Houston.
Similarly, six juveniles— including one middle school student— were accused of being among the 20 boys and men who gang-raped an 11-year-old girl in Cleveland in 2010.
Five of those juveniles have since admitted their guilt.
In the last five years, the number of juveniles committing sexual assaults has increased 17 percent in Harris County while most other major juvenile crimes have shown significant declines, probation records show.
Reasons not clear
Sex offenses climbed from 121 to 142 during that period, while other violent juvenile crimes such as murder and robbery declined, dropping by 28 percent and 24 percent.
Terrance Windham, chief of the juvenile division of the Harris County District Attorney’s Office, is unsure what’s provoking the rise in sex offenses. But in such a highly sexualized media world, where pornography is an Internet click away and MTV shows and music videos glamorize risky youth behaviors, Windham isn’t surprised, either. “When I was growing up, kids didn’t have the kind of access to what they do now,” he said.
Two therapists certified to treat juvenile sex offenders in Harris County, Robert McLaughlin and Ramon Alvarez, say the vast majority of the youths they treat have been exposed to pornography at an early age— sometimes as young as 7 years old.
Alvarez recalled treating one 7-year-old who was accidentally exposed to a porn star who popped up on the Internet when his mother typed in the word “Disney.”
“It stuck inhis head and then he later, trying to copy it, got into trouble with wrongful touching while playing with a neighbor’s child,” Alvarez said. “These days you don’t have to seek out porn. It seeks you.”
But since most juveniles often have some exposure to porn, McLaughlin said it’s difficult to show any clear linkage to sexual assaults because not everyone will react aggressively to it.
Yet he and Alvarez believe some youths may be more vulnerable when exposed at a very early age, before puberty when their brain is still developing.
“Those who act out sexually may have more trouble with impulse regulation or anticipating consequences. They want to experiment,” McLaughlin said.
‘Real red flag’
Harris County juvenile court judge Mike Schneider said the juvenile sex offenders who attack strangers are rare and that would be a “real red flag” of a predator type.
“Usually, the perpetrator has had a relationship with the victim, such as a cousin, sibling or friend,” he said.
The U.S. Justice Department says 36 percent of sex crimes against children are committed by other children. Five percent of all sex offenders are younger than 9, and 16 percent are younger than 12, records show.
One of the latest studies disputes the stereotype that juvenile sex offenders are like the typical young delinquent who comes from a broken home with a criminal history, poor attitude, lacking social skills and substance abuse problems.
“Rather, our review of thousands of cases found juveniles who committed sex crimes were overall much less antisocial than those committing other offenses,” said Michael Seto, one of the foremost authorities on adolescent sex offenders, who coauthored the study.
Seto, with the Royal Ottawa Healthy Care Group in Canada, found the average sex offender was generally a socially isolated individual who had developed an “atypical” interest in sex (from coercion to incest), been abused sexually and exposed early to pornography.
“The single biggest surprise to me from this study was how incredibly young the first exposure was to porn. Now we’re talking about hard-core porn with fetish content and unusual stuff being exposed to elementary students,” he said, adding that more research is needed into the role porn plays.
The good news, according to therapists, is that early intervention is effective with children.
After treatment, the recidivism rate averages 14 percent nationally for adolescent sex offenders, compared to 40 percent for similar adult offenders.
Email ThisBlogThis!Share to TwitterShare to FacebookShare to Pinterest
Labels: Houston Juvenile Attorney, Houston Juvenile Defense Attorney, Houston Juvenile Defense Lawyer, Houston Juvenile Lawyer, James Sullivan, Jim Sullivan
Newer Post Older Post Home