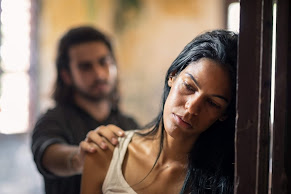 Houston Criminal Defense Attorney James Sullivan has represented many memorable clients over the past 25 years. This is one of the those cases that stands out.

His client was charged with two felony offenses--Burglary of a Habitation and Attempted Disarming of a Police Officer. The client went to his ex-girlfriend’s apartment in the early morning hours to talk to her.  When she refused to open the door, he forced his way in. When she still would not talk to him and kept insisting that he leave, he went to the kitchen and grabbed a small steak knife. He threatened to kill himself and then proceeded to stab himself in the upper left chest and shoulder area, leaving small puncture wounds.
When she still refused to talk to him, he told her that he would call 911 and that when the police arrived he would charge at them with the knife so they would shoot him. The police soon arrived.  Fortunately, for him, he threw the knife down first before charging at them, yelling “Shoot me! Shoot me! Tase me! Tase me!”  The police officers did not comply with his demands. Instead, they tackled him to the floor. While on the floor, he tried to grab one of the officer’s weapons to shoot himself.
Call Houston Criminal Lawyer James Sullivan at (281) 546-6428 to discuss your situation.

What explained his client's idiotic, insane behavior? You guessed it. He had spent the evening getting drunk at a local cantina.

In court, Houston Criminal Lawyer James Sullivan argued that it was not a burglary of a habitation because his client did not enter the apartment to steal or to commit an assault against her. Instead, it was a trespass. Sullivan further argued that it was not an attempted disarming of a police officer because his client was not trying to take the weapon to harm the officer but to harm himself.  Ultimately, his client pled guilty to 30 days in the Harris county jail on a reduced charge of class A misdemeanor trespass to a habitation and the felony disarming case was dismissed.