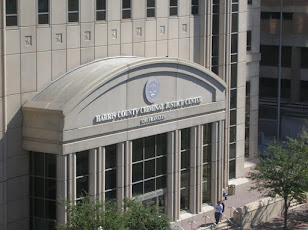 Houston Criminal Attorney Jim Sullivan believes his clients.  He advises his clients to tell him what happened and develops a specific defense strategy based on that story.  Many such stories may seem unbelievable or incredible to the layperson or even other attorneys, but Sullivan is a true believer and investigates and defends cases based on those versions of events.
As a result, Jim Sullivan has been successful at trial in what others term “hopeless” cases.  In his very first felony jury trial in April 1997 in the 209th District Court, Jim Sullivan represented a 21 year old black man accused of killing a young white man in a head-on car accident on Eldridge Parkway in northwest Houston.  The decedent attended Texas A&M and belonged to a wealthy family.  A large group of white male retirees from the victim’s rights organization Justice for All attended every court setting.  A successful black prosecutor, who later became an Assistant U.S. Attorney (federal prosecutor), handled the prosecution.
If you need a defense attorney, call Jim Sullivan at 281-546-6428 for a free consultation.
The accused allegedly had cocaine in his system, was driving over the speed limit in the rain, on the wrong side of the road and with “bald” tires.  The force of the impact caused the engine from one of the cars to be ejected and thrown about 50 feet from the car.  Unfortunately, the late model Corvette the decedent was driving did not have an air bag, and the driver was killed instantly when his head hit the steering wheel.
The accused insisted that he did not do drugs and that it was just an accident that resulted in the death of the decedent.  Even so, if the State had offered him probation, he said he would take it so that he could continue to work to support his family.  Because the State only offered prison time, five years at TDC, the accused chose to go to trial.  Other attorneys, including the original attorney appointed to represent him, predicted a guilty verdict and 10 years in prison, the maximum prison sentence available.
The accused denied using drugs and testified he was on his way to work for a local service station.  The accused had auto insurance.  Sullivan hired a drug toxicologist expert who conducted his own lab tests and who questioned the validity of the blood tests conducted by the Houston Police Lab.  Photographs that crime scene investigators took of his client’s tires (and which the prosecutor hid
until the day of trial) reflected that they had sufficient tread and the inspection sticker was current on his car.  The defendant’s stepfather, a local mechanic, testified as to the tire tread.  Due to the heavy rain, the client’s car hydroplaned across lanes and struck the decedent’s car head on.  On cross examination, a State’s eyewitness testified the accused was only going 5-10 miles above the speed limit.  The accused and his wife testified that he did not use drugs.
Right before closing arguments, the large courtroom in the former criminal courthouse (now the Harris County Juvenile Justice Center) filled up with high school students who were visiting the courthouse that day.  No pressure.  To be guilty of negligent homicide, Sullivan argued to the jury, requires gross negligence and not simple negligence.  What happened to the accused could have happened to any of us–an unforeseeable accident tragically claims the life of a young man.  A tragedy yes, a crime no.  The case belonged in the civil courthouse, not the criminal.  After about 10 minutes of deliberation, the jury returned a not guilty verdict.
Houston Criminal Lawyer Jim Sullivan went on to win acquittals and dismissals in many other serious felony criminal and juvenile cases.  As a Christian, Sullivan strives to be affordable to most people and counsels his clients to get on a better path.  In fact, many of his clients have overcome their difficulties in life and become successful in their chosen endeavors.  Sullivan may not see the end results and how the lives of his many exonerated clients unfold, but he strives to do well for all of his clients and get the best results possible.  If you need a defense attorney, call Jim Sullivan at 281-546-6428 for a free consultation.
As one of the late, great religious leaders who courageously struggled and died for social justice and in whom Jim Sullivan was greatly  inspired once said,

We cannot do everything, and there is a sense of liberation in realizing that.  This enables us to do something, and to do it very well…  We may never see the end results, but that is the difference between the Master Builder and the worker.  ~Archbishop Oscar Romero (1917-1980)

Oscar Arnulfo Romero y Goldámez was Archbishop of the Catholic Church in San Salvador, El Salvador.  In the late 1970s and 1980s, a civil war waged.  In all, at least 75,000 – 80,000 Salvadorans would be slaughtered; 300,000 would disappear and never be seen again; a million would flee their homeland; and an additional million would become homeless fugitives, constantly fleeing the military and police. All of this occurred in a nation of only 5.5 million people.
On March 24, 1980, while performing a funeral mass in the Chapel of Divine Providence Hospital, Archbishop Oscar Romero was shot to death by a paid assassin.  Only moments before his death, he had reminded the mourners of the parable of wheat. His prophetic words:

Those who surrender to the service of the poor through love of Christ will live like the grain of wheat that dies…  The harvest comes because of the grain that dies…  We know that every effort to improve society, above all when society is so full of injustice and sin, is an effort that God blesses, that God wants, that God demands of us.

In the summer 1988, at age 20, Jim Sullivan traveled with a Christian organization to the war zone areas of northern Nicaragua to offer support to poor refugee families.  Although Americans in Nicaragua were not targeted by the contras, the refugee camp which Sullivan visited was frequently attacked by contras.  The camp was located about 50 kilometers south of the Honduran border in the corridor which the contras used to invade the country.
After graduating from Baylor University in May 1990, Jim Sullivan lived in Mexico City and traveled throughout the country.  His experiences in seeing the horrific suffering in Nicaragua and the social injustice in Mexico and elsewhere were just a few of his significant life experiences which led to his becoming a defense attorney and his strong passion in representing the accused, especially juveniles who he has been able to guide onto a better path and a successful life.
Posted by Jim Sullivan at 7:26 PM