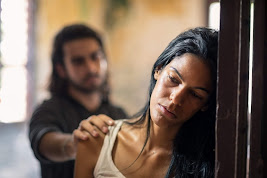 
James Sullivan graduated from Baylor University in 1990 with a degree in Journalism, the ideal degree for investigating, discovering and telling winning stories in court. In 1993, Sullivan graduated from South Texas College of Law, which is nationally recognized as the top law school for trial advocacy.
James Sullivan later graduated from Gerry Spence’s Trial Lawyers College in Wyoming. Founded in 1994, it is the most selective and prestigious trial advocacy program in America. The methods taught at TLC are not taught anywhere else. The graduates form an extremely unique community of the most accomplished trial lawyers in the United States.
If you need a Houston Criminal Lawyer, call Sullivan at 281-546-6428 for a free consultation.

CHAPTER 22. ASSAULTIVE OFFENSES
§ 22.02.  AGGRAVATED ASSAULT.
(a)  A person commits an offense if the person commits assault as defined in § 22.01 and the person:
(1) causes serious bodily injury to another, including the person's spouse; or
(2)  uses or exhibits a deadly weapon during the commission of the assault.
(b)  An offense under this section is a felony of the second degree, except that the offense is a felony of the first degree if the offense is committed:
(1)  by a public servant acting under color of the servant's office or employment;
(2)  against a person the actor knows is a public servant while the public servant is lawfully discharging an official duty, or in retaliation or on account of an exercise of official power or performance of an official duty as a public servant;
(3)  in retaliation against or on account of the service of another as a witness, prospective witness, informant, or person who has reported the occurrence of a crime; or
(4)  against a person the actor knows is a security officer while the officer is performing a duty as a security officer.
(c)  The actor is presumed to have known the person assaulted was a public servant or a security officer if the person was wearing a distinctive uniform or badge indicating the person's employment as a public servant or status as a security officer.
(d)  In this section, "security officer" means a commissioned security officer as defined by Section 1702.002, Occupations Code, or a noncommissioned security officer registered under Section 1702.221, Occupations Code.
Email ThisBlogThis!Share to TwitterShare to FacebookShare to Pinterest
Labels: Assault, Associates (band), Brazoria County Texas, Criminal code, Domestic violence, domesticviolence, Fort Bend County Texas, Houston, Jim Sullivan, Lawyer, Texas
Newer Post Older Post Home